If you are a true wildlife lover, you can’t just deny this Ranthambore, Taj Mahal & Corbett Tour. Nurture the bond between you and nature. Explore the beauty of serene surroundings, rare wildlife, bird watching, and other adventure activities. Witness the beauty of Indian tourism with a tour package like no other.

Experience the excellence of wildlife tour in this tour which covers Agra, Ranthambore National Park and Jim Corbett National Park.

Agra
Jim Corbett National Park
Jim Corbett National Park
Agra
Located on the banks of River Yamuna, Agra is not just a city, but a 17th century chronicle which exists before the period of Sikandar Lodi (1488-1517). Today, it’s one of the most popular tourist destinations in India thanks to its several Mughal-era monuments like Taj Mahal, Fatehpur Sikri, Agra Fort, and other UNESCO World Heritage sites. Agra is also the part of Uttar Pradesh Heritage Arc (including Varanasi and Lucknow) and Golden Triangle circuit tour (including Delhi and Jaipur).
Jim Corbett National Park
Located deeply into the heart of Ranthambore National Park, Ranthambore Fort stands atop 700 ft above the ground and it has a very rich history. It is reported to have been built in the 10th century by the Chauhan’s dynasty for safety reasons. The fort was captured by the Delhi Sultanate in the 13th century. It has the elements of royal architecture of Rajasthan, including domes, towering gates, thick walls, stone pathways, water tanks, and temples. There are seven gates to enter. Tourists can also visit Trinetra Ganesh Temple over there.
Jim Corbett National Park
The oldest national park in India, Jim Corbett National Park was founded as Hailey National Park in 1936 to protect Bengal Tigers. It is located in Pauri Garhwal and Nainital districts of Uttarakhand and was named after a popular naturalist and hunter, Jim Corbett. It was the first Project Tiger reserve. It is known for having over 488 varieties of flora and more than 586 species of migratory and resident birds. It has plenty of camouflage to hide the tigers. Leopards are also found here along with various small cats like leopard cats, fishing cats and jungle cats.

Key Highlights of the tour

On your arrival, our representative will meet you up and take you to a hotel where you can freshen up and relax. Have an overnight stay there.

After having breakfast, explore the beauty of Old Delhi, including Red Fort, Jama Masjid and take a rickshaw ride to Chandni Chowk where you can taste sumptuous dishes. Visit the famous attractions of New Delhi, including excursion to Laxmi Narayan Mandir, Rashtrapati Bhawan, Lotus Temple, India Gate, and Qutub Minar. Have an overnight stay in Delhi.

Ranthambore is one of the most important spots in this package. Next morning, prepare for your next drive of train journey to Sawai Madhopur. Once you check-out from the hotel, we will pick you up and transfer you to Hazrat Nizamuddin to board your train to Sawai Madhopur, which is located around 14 km from Ranthambore National Park. Our rep will pick up from there who will hold your name’s placard. Our executive vehicle will transfer you to a pre-booked hotel. Once you check-in and have lunch, we can take you a quick 3-hour jeep safari to explore the rich flora and fauna. The safari jeep is an open-roof vehicle with 6 seats. You will be accompanied by a driver and a naturalist. Enjoy a peaceful evening with delicious dinner and Rajasthani folk music.

Have a healthy breakfast in your room and board the safari jeep for morning safari. After having morning safari, you can relax and enjoy indoor/outdoor games and chill out by the swimming pool. After having lunch, go for afternoon jeep safari and get back by the evening. Enjoy the Rajasthani folk dance and music. Have dinner and enjoy your stay.

Have breakfast and check out from the hotel. We will transfer you to Sawai Madhopur where you can board the train to Agra where our representative will pick you up and you can board the executive vehicle to the pre-booked hotel where you can check-in. After having some refreshments, we will pick you up for sightseeing at Agra Fort, Fatehpur Sikri, Taj Mahal and other historic attractions. Have an overnight stay at a hotel.

After check-out, we will start our drive to Corbett National Park. We will reach there by late evening where you can stay overnight.

Have morning and afternoon safari to Bijarani Zone to explore birds and wildlife. Bijrani zone is considered to be the best for natural sightings and spotting the Royal Bengal Tiger. It is another popular zone after Dhikala Zone and is most visited by safari tourists. This zone is known for its serene and tranquil ambience. You can spot a lot of wildlife species. Have overnight stay at your resort.

Visit Jhrina Zone of Corbett National Park to explore another side of jungle safari. Your jeep will take you through the dense canopy of jungles where you can definitely spot tigers and other mammals.

After having breakfast, you may enjoy your last safari and depart for Delhi. We will transfer to your hotel, airport or railway station where your memorable tour ends. 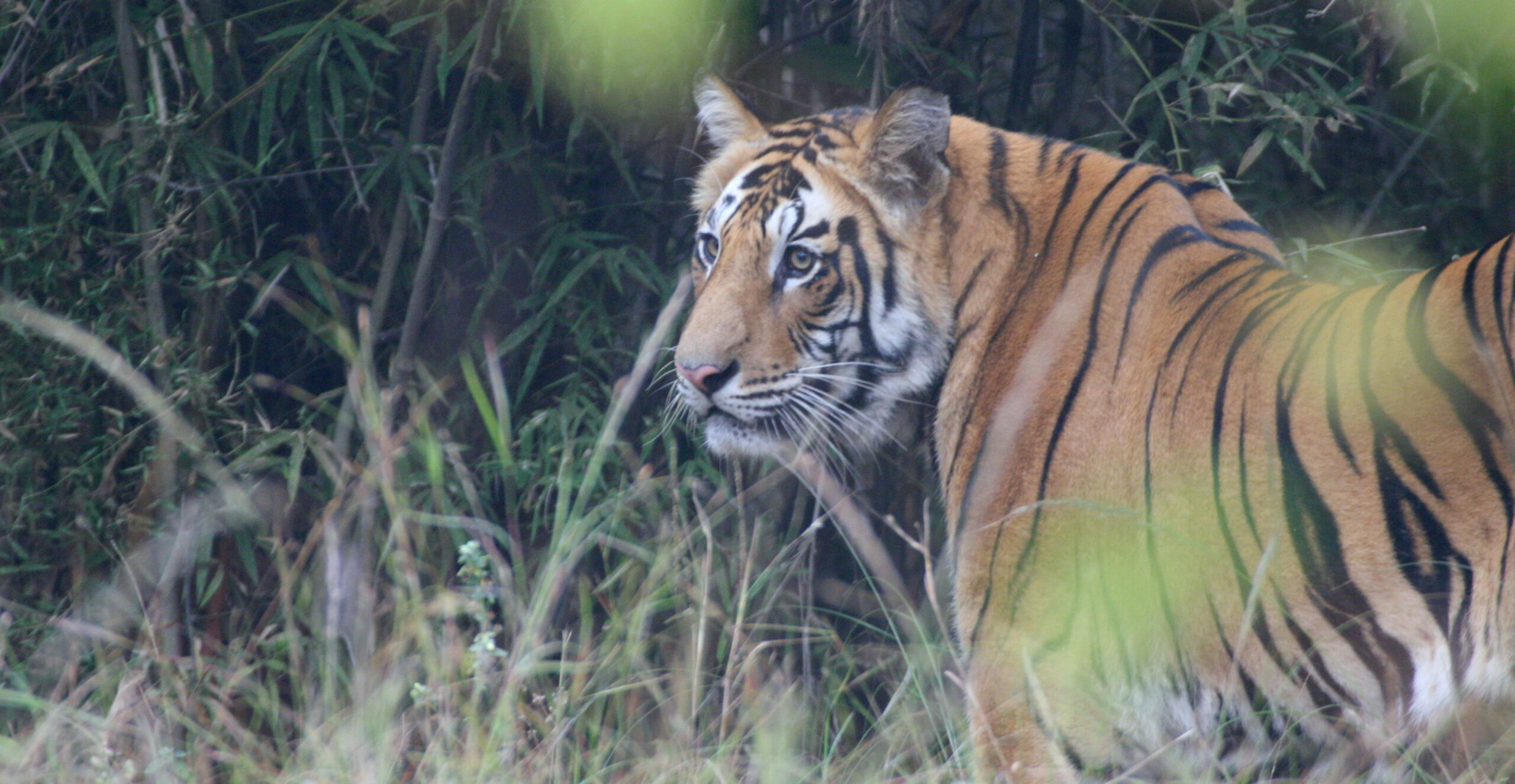 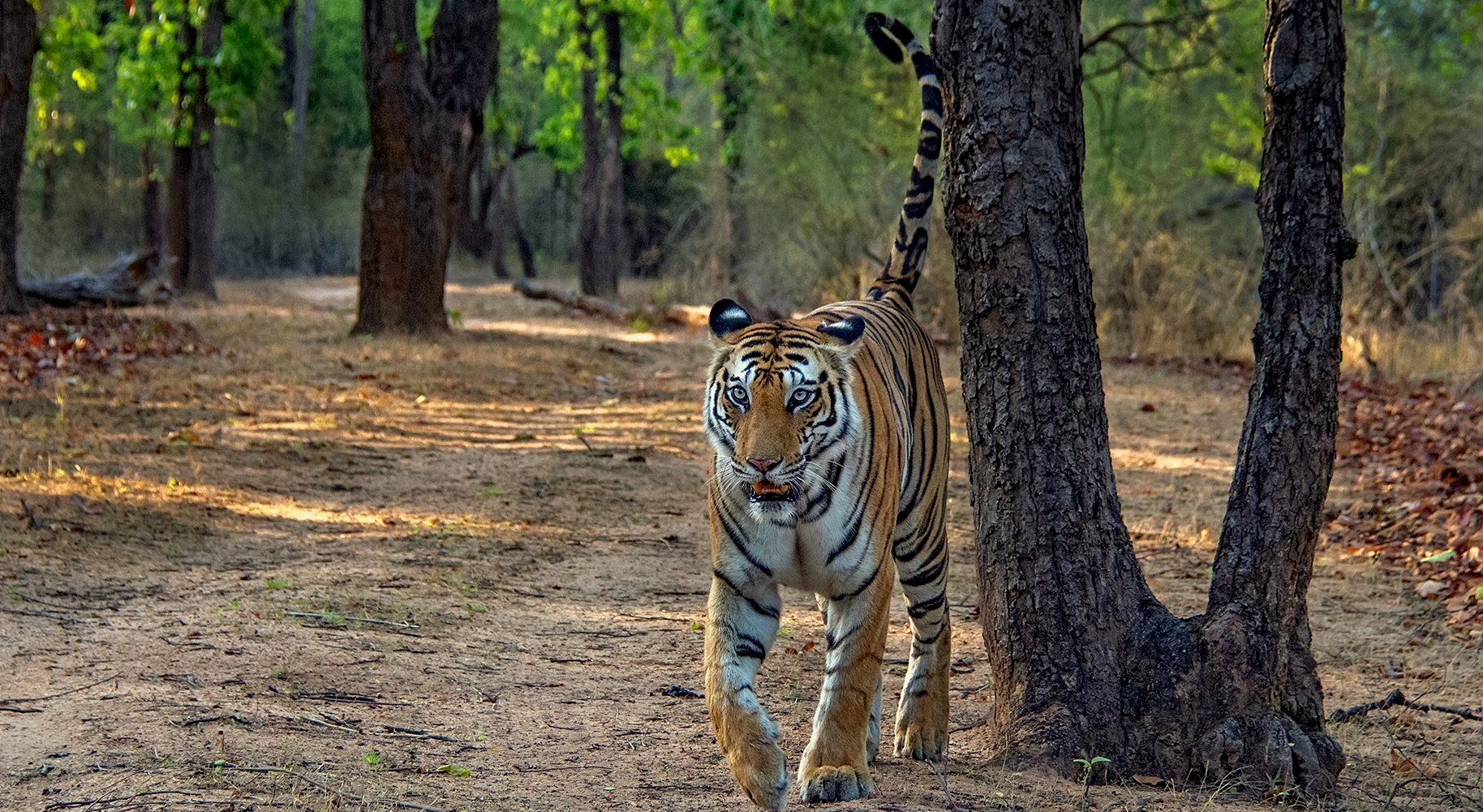